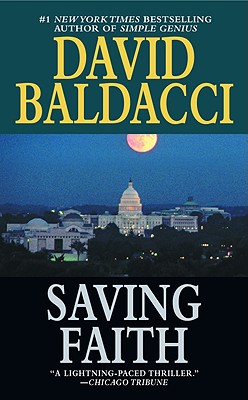 
BELIEVE THE POWER
In a secluded house not far from Washington, D.C., the FBI is interviewing one of the most important witnesses it has ever had, a young woman named Faith Lockhart. For Faith has done too much, knows too much, and she'll tell too much.

BELIEVE THE SUSPENSE
Feared by some of the most powerful men in the world, Faith has been targeted to die. But when a private investigator walks into the middle of the assassination attempt, the shooting suddenly goes wrong, and an FBI agent is killed.

Believe the astounding new story that only David Baldacci could write...
Now Faith Lockhart must flee for her life-with her story, with her deadly secret, and with an unknown man she's forced to trust.