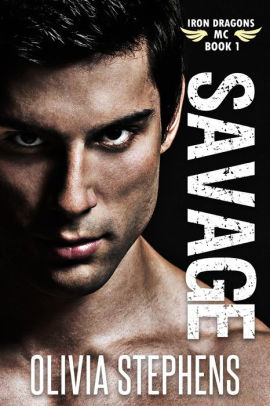 
Savage is book 1 of the Iron Dragons MC trilogy. Books 2 and 3, Brutal and Ravenous are available everywhere now!IN HIS BED, OBEDIENCE ISN’T AN OPTION; IT’S MANDATORY.KRISTINAI know men like him: they don't date, they don't believe in love, and they take what they want when they want it.Tonight, Keith Lee wants me.One look at those hungry eyes and I know what’s on his mind.He’s already made his decision to make me his plaything.I should've known better than to jump in the devil's bed.But I can't get his words out of my head:You're MINE.KEITHWise guys don't fall in love. Not in this business. I made that mistake once and almost paid the ultimate price for it.I never expected Kristina to re-open all the old wounds.One stupid moment. One single night. That's all it took.But once won't be enough, and there's a war coming--with her caught up in the middle of it all. I'll keep her safe. Keep her alive.But then I'm making her MINE.