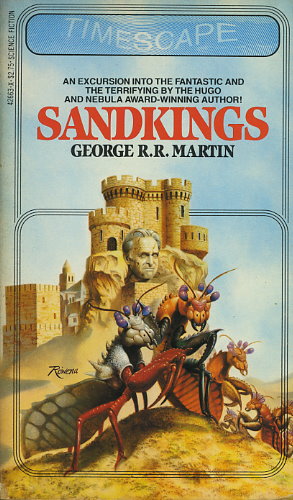 
ACROSS THE UNIVERSE, IN SEARCH OF THE ULTIMATE LIFEFORM

Simon Kress' love for dangerous and amusing new pets kept him on an endless quest. Then he discovered the sandkings.

Fierce, ritual warriors, they fought among themselves for the amusement of their master's guests, and carved his image into elegant sandcastles with uncanny devotion.

But when the sandkings did not meet his own sadistic standards of play, Kress began to destroy their castles, starving them into cannibalistic warfare, pitting them against other hideous monsters of prey ..

Soon the sandkings would grow angry at their master. And in their anger they would grow more hungry.