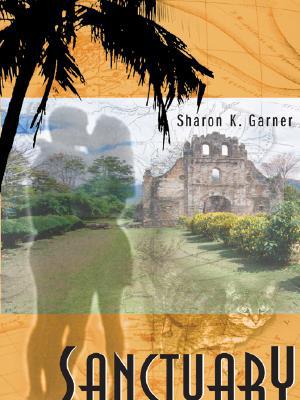 
Sharon K. Garner (River of Dreams) returns with a new adventure romance! A double cross that keeps on giving, a Brazilian ex-mercenary who wants to live in peace, a children's book illustrator who's thrust into a danger she doesn't understand with a man she doesn't want to love. Sanctuary is set in the vast agricultural, cerrados area of Brazil. Emily Noble wants to find her missing brother -- a man who has been living a hidden life as a mercenary. The trail leads her straight to Christovao Santos, the man who recruited her brother. All three have been targeted for death. All three have secrets. And the killer knows them all.
Sharon K. Garner, a proofreader/copyeditor and a former library cataloguer, has published several novels and numerous short stories for adults and children. She lives near a lake in Pennsylvania with her EMT/welder husband, who has learned not to twitch when asked such questions as, "How do you disable a big piece of equipment?" or "How long does it take to bleed to death?" Two cats, one that leads her life like a television commercial for cat food, the other like life is going to sneak up and bite her, complete the household. In her spare time the author reads English mysteries and does walk aerobics, both on a regular basis. She's also been known to work as a temp to support her writing habit.