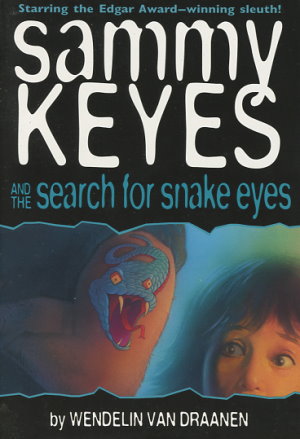 Sammy Keyes says this a lot. But when she sees something suspicious or meets someone in trouble, she just can't help herself. She has to act.

So, okay, the police have had to intervene on a couple occasions, but Sammy's survived. Even helped a few people.

And now she desperately wants to help a girl she met in the mall. This girl was scared -- totally petrified. And given the guy who was following her, Sammy could see why. He's the most menacing, most reptilian creature Sammy's ever seen. Think snake eyes.

When the girl goes missing, Sammy is sure that this man is to blame. She'd bet her life on it. What she doesn't realize yet is that by searching for Snake Eyes, that's exactly what she's doing.