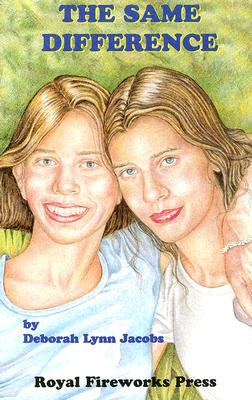 Fourteen-year-old Casey has a twin sister, Chelsea. Chelsea is autistic, Casey is not, or at least that is what she has always been told by her parents. But from the first day that Casey begins ninth grade in public school, she knows that she is in trouble and begins to sense that her worst fears about herself may be true. Previously, Casey had been home schooled, allowing her to help her parents with her sister, then she herself decided that she wanted to go to regular school in order to meet other teenagers and have a more normal life. In regular school, it quickly becomes apparent that although she is bright, with an amazing memory, Casey is totally inept at judging people's reactions and interpreting non-verbal clues. She is abrupt, dominates conversations by spouting a torrent of facts, and is quite unaware of the negative responses of others. At times, she escapes into a dream world and totally tunes out those around her. Anticipating some difficulties, Casey's parents had arranged for an in-school peer tutor, Scott, to teach her some interpersonal skills. Scott finds Casey a bit odd, but recognizes that this original person also has a sense of humor. A friendship grows, and along with beginning to understand what friendship means and how to react to Scott's needs as a friend, Casey begins to fear that she will make mistakes with his friendship and with others. Anxious over school and making friends, she begins to lose control. After an argument with Scott, she walks out of school and heads home. Scott follows, and there meets Chelsea. He is fascinated, not repulsed. In an effort to explain to Scott what is was like to grow up with an autistic twin, Casey shows him old videos ofher sister's behavior modification training sessions, and discovers a session of her own. It appears that she is not as normal as she has been led to believe. She shuts the world out. Only Scott being threatened by the bully in the piece, Carl, brings Casey to Scott's defense and to a turning point in her life.
Reviews from Goodreads.com