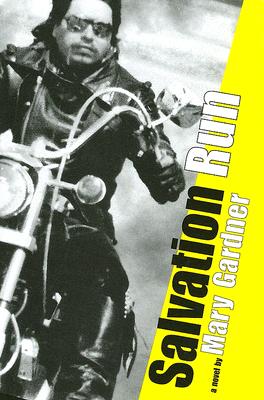 
Salvation Run brings together bikers and Lutherans, birth and death, love and betrayal in a funny, intense, and fast-moving tale. In Moorhead and Eagle Grove, Minnesota, secrets beneath staid Midwestern exteriors threaten to create an uproar if all is revealed.
Sandy, the wayward daughter of a Lutheran minister, finds herself pregnant by a loser with a penchant for violence. When he abandons her, she is rescued by Largo, a Harley biker whose gentle heart is hidden by leather, turbines, and tattoos. Her father has been having an extramarital affair with a local woman who has given birth to his brain-damaged child. Meantime, the parish's gay couple has their relationship severely tested when a newly outed teen is invited into their home after he is disowned by his parents.
Throughout these interweaving storylines, Gardner displays wit and deft characterization. While characters push the limits and face uncertain life choices, Gardner subtly probes the themes of responsibility and, in an unsentimental way, the redeeming possibilities of love.
Mary Gardner is the author of three widely acclaimed novels--Boat People, Milkweed, and Keeping Warm. Her work has been published in the Minneapolis Star-Tribune, the Pittsburgh Post Gazette, the New York Times, and the Anthology of New England Writers. She lives in St. Paul, Minnesota.