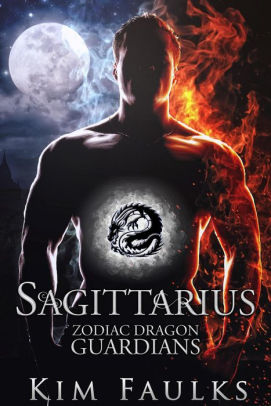 Lucas is the sixth of twelve Guardians. Dragon-born in the sign of Sagittarius, he carries all the traits of his sign -- the good and the bad.
He's honest, outspoken, and can spot a lie from a mile away. So when the Vampire Prince pledges allegiance to the Guardians in hopes of keeping his sister and his clan safe, Lucas becomes uneasy.

Something isn't quite right with the Vampire Princess, nor with the tale her brother has told, and as the Guardians plan their wrath on those who've harmed their kin, Lucas starts to uncover the chilling truth, and finds a vicious immortal who rivals the Huntress herself.

Princess Eva Nicholi of the Shadistin Clan is a survivor, and she's lived with the secret of her father's fight to save her from the Huntress for the last five hundred years. She'll stop at nothing to keep her past buried -- along with the bodies she's left in her wake -- and as Lucas nears the truth, she knows only one way to protect those she loves -- seduce and destroy.

Lucas may escape with his life.
But his heart is another matter altogether.