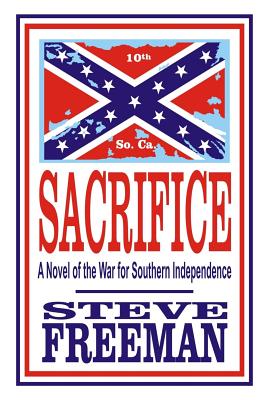 Share:
Sacrifice, based on the true story of four South Carolina brothers who enlist in the Confederate Army in 1861. Dennis Todd, a reluctant Rebel, follows his brothers from their quiet farm life into the inferno of battle. He soon finds himself charging with the gray legions through the smoke-filled woods of Tennessee and Georgia during more than three years of relentless struggle with the Army of Tennessee. From Perryville to Franklin and Nashville and the Confederacy's last grasp at survival at Bentonville, Dennis and his brothers experience glorious triumphs and dismal defeats, the horror of battle, long marches, carefree camp life, and the tragedy of personal loss. Through it all, the war careens ever closer to its heartbreaking end as the men come to see themselves as the ultimate price of freedom - the Sacrifice. But, when the war is over, is the worst yet to come?