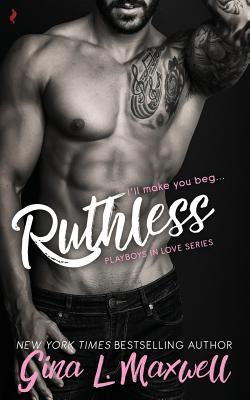 A sex god with tattoos, piercings, black hair styled to look like he just got laid, and completely off-limits. But I'm like the badass honey badger, and when I'm told I can't have something I want, I go after it that much harder.

It wasn't long before I had him pushing me up against the wall for a mutually agreed upon one-time thing. In an alley. Rough and wild. Best. Sex. Ever.

Now he's my boss and--spoiler alert--and we can barely keep from tearing each other's clothes off. But he's determined it will never happen again, and it's not only our work relationship that's stopping him. He has a secret kink--one he's sure I won't want any part of--and he's using it to push me away.

But I'm a honey badger, damn it, and I'm not about to give up on this without a fight. It's time to go after what I want and show this man he's not the only one who can be...ruthless.