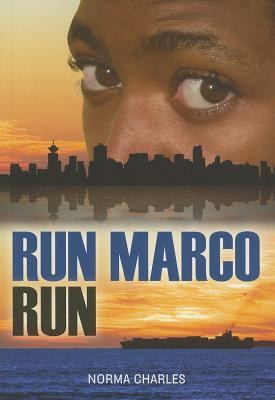 Share:
Young Adult Fiction. In this fast-paced novel for readers ten and up, James Graham, a Canadian journalist, is kidnapped in a market in Buenaventura, Colombia, right in front of Marco, his thirteen-year-old son. When the kidnappers try to grab Marco, his father yells at him, "Run Marco, run!" Marco manages to escape, and seeing no possibility of help in Colombia, he stows away on a freighter headed to Vancouver where a good friend of his father is living and who may be able to help. During his search, Marco encounters what seem like insurmountable odds and learns that he must call upon his inner strength and nerve to keep going. "Valeroso; courage," he keeps saying to himself as he evades drug dealers, security guards, the police and the authorities who would send him back to Colombia—straight into the arms of his father's kidnappers. RUN MARCO, RUN is a riveting adventure about a plucky boy who will dare anything to save his father, and who learns that running away is sometimes the heroic thing to do.