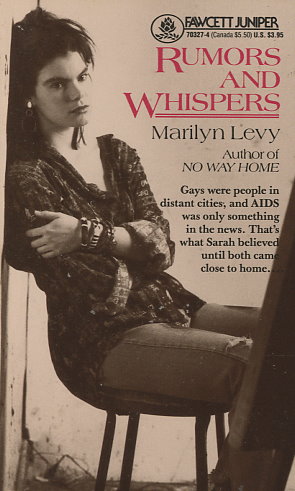 Share:
SARAH HATED EVERYTHING ABOUT HER NEW SCHOOL -- EVERYTHING, THAT IS, BUT HER ART TEACHER.

Her name was Sarah Alexander, and she'd lived in Ohio all her life -- until the day her father announced that the whole family was moving to Southern California. Sarah would have to spend her senior year in high school without friends, a stranger in a strange land.

By the time school began, Sarah was completely miserable. Shy and timid, she kept to herself, especially in art class, where she was the only girl. The one bright spot was her art teacher, Craig Hill. He really cared about his students and he told her she had talent. And there was another plus: David Light. He was smart and considerate, and he helped her come out of her shell.

But her happiness about David was destroyed when two issues that Sarah never had to deal with before -- homosexuality and AIDS -- jeopardized her most important relationships. Suddenly, being the new girl at school was the least of her problems....