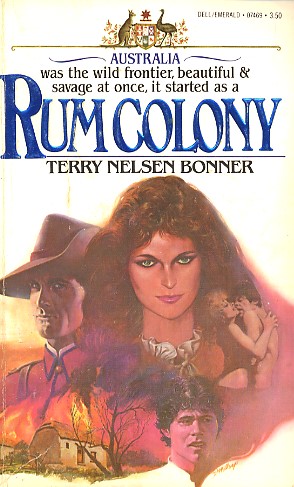 AUSTRALIA
A new land, A new way of life

The recently discovered continent was many things to many people:

For Annie Hollister, a young and spirited beauty it meant a chance for her family to overcome its past and make a new start...until the untamed land exacted its toll and forced Annie to relinquish her most precious possession.

For Captain Steven Rourke, a handsome yet dangerous British officer, it meant a whole new arena to exploit with his unbridled ambition and greed... until his iron soul was touched by a destructive love.

For Phillip Conroy, an Irish patriot of unbending loyalty and courage, it was a hellish punishment for his beliefs...until he met the beautiful phantom of his cherished memories.
Reviews from Goodreads.com