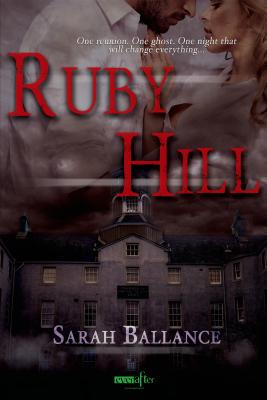 From her earliest memories, Ashley Pearce has been drawn to Ruby Hill Lunatic Asylum, and she's not the only one. Decades after the abandoned hospital ended its institutional reign of torture and neglect, something lurks in the shadows. Since she's a paranormal investigator, it's Ashley's job to find out what.

Crime scene expert Corbin Malone doesn't believe in ghosts. A born skeptic, he has no interest in entertaining the hype surrounding the mysterious deaths at Ruby Hill, but he won't turn his back while more women die. He agrees to an overnight investigation, never expecting his first encounter would be with the woman he pushed away a year ago. But when he discovers Ashley is a target, he learns his greatest fear isn't living with his own demons, but losing her for good.