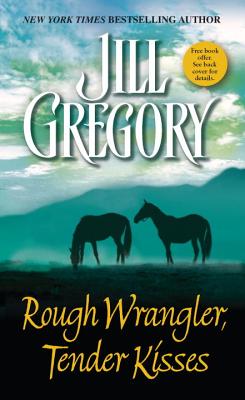 Caitlin Summers had come west for one reason only: to sell the Wyoming ranch that had belonged to her late father. But Cloud Ranch wasn't hers to sell--not as long as foreman Wade Barclay and his two brothers were majority owners. According to the will, Caitlin couldn't sell her share until she'd lived there...for a whole year! For the debt-ridden Philadelphia beauty, the situation was intolerable. She never imagined that the rough, infuriating wrangler would awaken every tender emotion buried in her heart.

To Wade Barclay, Caitlin Summers was just a spoiled society girl--even if she was also the daughter of the man who'd been a father to him in all but name. Caitlin had broken her father's heart when she and her mother left Wyoming, and Wade had no intention of letting her do the same to him. But living together under the same roof was hard on a man. One stolen kiss was all it took to make him wild with wanting her. As the days passed, Wade knew he desperately needed Caitlin--in his bed, in his heart, and by his side forever in this wild, beautiful land he knew she'd never call home.
Reviews from Goodreads.com