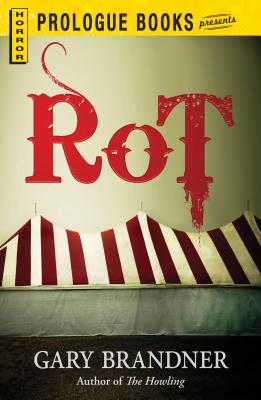 Signed illustrated first edition limited to 1000 copies. Dust jacket art by Vince Natalie, interior illustrations by Keith Minnion. Published by Cemetery Dance Publications, 1999, Baltimore, MD. 183 numbered pages, illustrated endpapers, about 22.3 cm (8 ¾") tall. Plain blue boards with silver lettering and logo on the spine. A strong stomach is mandatory to get through this tale of a zombie on the rampage in rural Wisconsin. That's where California teen Kyle Brubaker is stuck for the summer, pining for the beach while helping out on his disabled Uncle Bob's farm. The fates are cruel to Kyle: his plans to seduce Marianne Avery, his absent cousin's fiancé, are rudely shattered by the vicious Gerstner brothers, who pay him back for breaking up their fight with a Gypsy boy by gang-raping Marianne and beating up Kyle. When the distraught Kyle crashes his car, Marianne, in the passenger seat, is killed. Deliverance seems at hand when the Mysterious Dorando, the Gypsy boy's grateful father, revives the girl at Kyle's request. But Marianne is merely reanimated, not brought back to life, and her post-mortem plot to get even with her assailants turns into a race against the ticking clock of her physical decay. Brandner (The Howling, etc.) knows how to pack a visceral punch with gut-churning scenes in which the putrescent Marianne takes on the revolted Gerstners. The former corn-fed girl-next-door develops an indiscriminate lust for sex after death. The rotting Marianne pursues Kyle back to California, and coerces him into taking her back to the Midwest, complaining, "I can't move around too well by myself."
Reviews from Goodreads.com