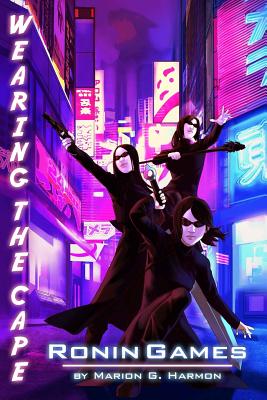 PLAYING A DESPERATE GAME. Astra has returned to Chicago and the everyday life of a cape: getting kittens out of trees, training, aiding the city’s emergency first-responders, training, doing public relations events, training, and the occasional superhero v. supervillain fight that threatens to level neighborhoods or at least set them on fire. Then Astra takes a hard hit during a fight and very briefly finds herself somewhere else, somewhere she’s only been before in dreams and in the company of Kitsune, a shapeshifting trickster fox. Astra’s friends learn she is under the increasing influence of an otherworldy realm they know absolutely nothing about, and that she may even be drawn permanently into it. If they hope to stop it from happening, they must find Kitsune before it’s too late. But to find Kitsune they must go to Japan, and since Japan doesn’t allow unsanctioned entry to foreign capes everything depends on secrecy. With no allies, few assets, and surprises at every turn, winning requires rewriting the rules and playing their own game. A ronin game.
Reviews from Goodreads.com