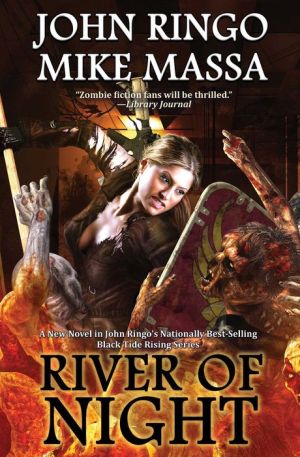 Tom Smith used to be somebody. Now he's just another refugee, fleeing the smoking ruins of civilization.

Well, maybe not just another refugee.

Late of the Bank of the Americas where he used to be the global managing director for Security, Tom and his fellow survivors watched New York City burn. His plan to the save New York long enough to find a cure for the zombie virus hadn't survived the bloody scrimmage between angry cops, cunning gangsters, and rapacious City officials.

But Tom and some trusted allies were able to stay one step ahead and escaped offshore. Now they're holed up in a safe house in coastal Virginia and it's time to breakout.

Between him and his objective, one of the bank's prepared evacuation camps in the Cumberland Valley, are hundreds of miles of clogged roads, burnt-out towns and howling mobs of infected humans who know only hunger. He must corral his motley team, complete with middle-schoolers, to navigate the treacherous landscape.

And yet he feels his odds are good.

But there's always someone smarter. And they like things just the way they are.

Without a fat checkbook and the team of hired spec-ops mercenaries it used to bring, how will Tom Smith fend off entrepreneurial marauders, a brilliant sociopath or two and a kill-count hungry member of the E-4 mafia?

And if he pulls it off, no one is sure how they will they re-start civilization.

But Tom Smith has the spark of an idea.
Reviews from Goodreads.com