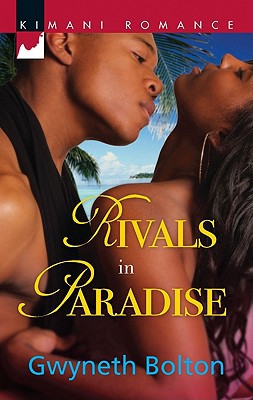 Cicely Stevens needs the vacation of a lifetime. After being cheated on by her boyfriend and passed over for a promotion, she's off to the Caribbean for a weekend of hot island fun. And there's no sexier bad boy than her old college rival Chase Yearwood, who's on the same plane en route to his lush estate...and whose kiss Cicely never forgot. When he takes her in his arms again, he's more irresistible than ever. But will she lose her heart before this fling is flung?

They call him the "Wolf" because of his legendary skills in the boardroom -- and the bedroom. Now is Chase's chance to even the score with the woman who once beat him at his own game. But can rivals in business become passionate partners in love? Under a romantic tropical moon, he'll seduce her with a passion that will have her begging for more!
Reviews from Goodreads.com