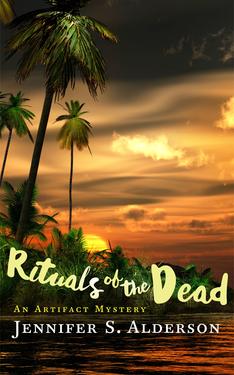 Art history student Zelda Richardson is working at the Tropenmuseum in Amsterdam on an exhibition of bis poles from the Asmat region of Papua -- the same area where a famous American anthropologist disappeared in 1962. When his journal is found inside one of the bis poles, Zelda is tasked with finding out more about the man's last days and his connection to these ritual objects.

Zelda is pulled into a world of shady anthropologists, headhunters, missionaries, art collectors, and smugglers -- where the only certainty is that sins of the past are never fully erased.

Join Zelda as she grapples with the anthropologist's mysterious disappearance fifty years earlier, and a present-day murderer who will do anything to prevent her from discovering the truth.