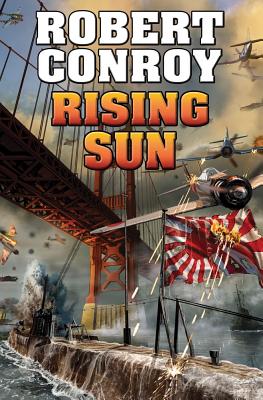 Share:
It is the summer of 1942 and what historians have called the Incredible Victory in the Battle of Midway has become a horrendous disaster that could change the outcome of the war in the Pacific. Two of America's handful of carriers in the Pacific have blundered into a Japanese submarine picket line and have been sunk, while a third is destroyed the next day. The United States has only one carrier remaining in the Pacific against nine Japanese, while the ragtag remnants of U.S. battleships - an armada still reeling from the defeat at Pearl Harbor - are in even worse shape.

Now the Pacific belongs to the Japanese. And it doesn't stop there as Japan thrust her sword in to the hilt. Alaska is invaded. Hawaii is under blockade. The Panama Canal is nearly plugged. Worst of all, the West Coast of America is ripe for destruction as bombers of the Empire of the Sun bombard West Coast American cities at will.

Despite these disasters, the U.S. begins to fight back. Limited counterattacks are made and a grand plan is put forth to lure the Japanese into an ambush that could restore the balance in the Pacific and give the forces of freedom a fighting chance once more.