Rise of the Slugs — Paul Gilligan 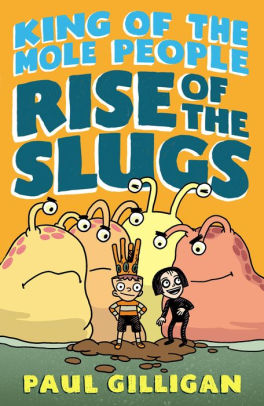 Share:
"
A new threat has oozed onto the scene in Book 2 of this hilarious middle grade series by Paul Gilligan starring Doug, King of the underworld.

"The Wimpy Kid's got nothing on the King of the Mole People-he's got more laughs and more mud." -Kirkus Reviews

Doug Underbelly has quit being King of the Mole People. No more Slug, Stone, Mole or Mushrooms underlings, no more skirmishes, no more diplomacy. The only thing standing between him and normality is the creaky old graveyard mansion he lives in with his weirdness-loving dad.

But the universe isn't letting Doug go without a fight. First he's forced to manage cleanup crews and dance committees, then a whole new breed of Slugs start to revolt. It seems the more Doug tries to get out, the deeper he gets dragged in. Can Doug restore order and finally reach his dream of just being normal? Maybe, but he'll have to take it one Slug egg at a time.