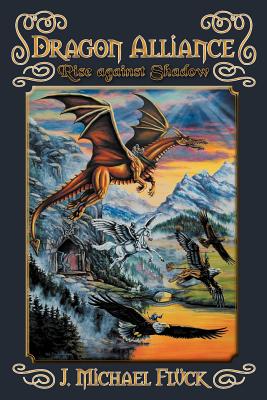 Share:
When a young dragonrider named Mkel and his dragon, Gallanth, begin having visions of the last horrendous war that the Dragon Alliance Republic fought against the Morgathian Empire, they realize that these visions are warning them of a rising darkness and battle yet to come. But as they train their soldiers for the war ahead, they discover that the Morgathians aren't their only enemy; someone within the Alliance is conspiring against them. To make matters worse, a group of power-hungry senators known as the Party of the Enlightened are collaborating to bring about the Alliance's destruction. Worried by their newfound foes and forever haunted by the death of his father, Mkel must find a way to put the past behind him and bring his troops together if he and Gallanth hope to overcome these threats. But with the odds stacked against them and many difficult battles ahead, Mkel can't help but wonder if he-or the Alliance-will survive.