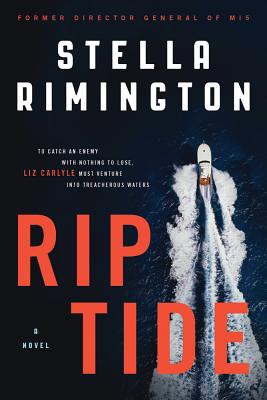 Share:
Spycraft, intrigue, and danger abound in Stella Rimington's newest Liz Carlyle novel. When a British-born Pakistani is discovered among a gang of pirates attacking a cargo ship off the Somalian coast, alarm bells start ringing at London's Thames House. MI5 intelligence officer Carlyle is brought in to establish how and why a British Muslim could go missing from his well-to-do family and wind up on a pirate skiff in the Indian Ocean, armed with a Kalashnikov rifle. And why do these pirates seem to be targeting ships carrying supplies for a charitable NGO?

An undercover operative connected to the case soon turns up dead in Athens, and it looks like piracy is the least of the Service's problems. As Liz and her team work to unravel the connections between Pakistan, Greece, and Somalia, there is bigger, more explosive trouble brewing-and far closer to home. A riveting story full of treachery, Rip Tide is also a reminder that terror lurks in the unlikeliest places. This is a relevant, insightful novel with a unique perspective on a crucially important issue, here and abroad.