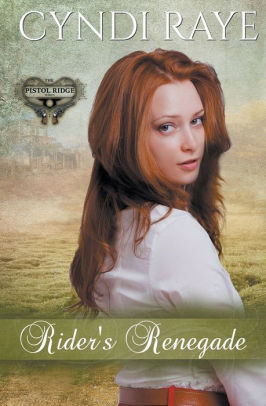 Share:
A sassy news reporter - A hero not sure where he belongs - Can two opposite souls find happiness together in Pistol Ridge?Zadie Rayne ruined her chances of ever working in her father's newspaper office, even though the male reporters refuse to give her a chance. She is determined to make a name for herself with or without anyone's help.When she finds a newspaper ad for a job as a reporter in Pistol Ridge, Zadie relocates to the mountain town far away from her city upbringing. Can she settle in a small town long enough to make a difference?Wayland Thorpe, also known as Rider, doesn't know where he wants to settle down. Or, if he even wants to. Even though many of his comrades from the war are now in Pistol Ridge and newly in love, Rider isn't sure it is what he wants out of life. Until he meets the new reporter for the Pistol Press.When the two embark on an adventure that leads to a kidnapping, will the two be caught up in danger or will the folks in Pistol Ridge once again save the day? This is Wayland Thorpe's story - better known as Rider Pistol Ridge Series:Peg Leg's PrincessBlaze's BeautyJudge's JewelCreed's ConfidantRider's RenegadeRaven's RebelPreacher's Pearl