Riders of the Mapinguari — Gaddy Bergmann 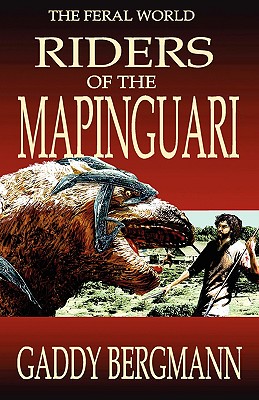 Riders of the Mapinguari by Gaddy Bergmann is the final novel in The Feral World trilogy, a post-apocalyptic odyssey set 3,000 years in the future. Humanity has barely survived a near-extinction-level event - the collision of a major asteroid with Earth in the middle of the Twenty-First Century. Riders of the Mapinguari takes The Feral World in a radically new direction. Blake and his friends have traveled through the Great Plains and are living peacefully in the Warmland, when they are attacked by an enemy quite unlike any they have ever faced before: the Terran army. Poised to conquer the Warmland, the Terrans not only greatly outnumber the natives, but they also have hundreds of mapinguari - giant beasts that can overpower anyone who would oppose them. Blake and his people must face them, though, if they hope to save not only themselves, but the entire Warmland. The Feral World trilogy is unique in offering an optimistic view of post-apocalyptic society, which has come to consist of
Reviews from Goodreads.com