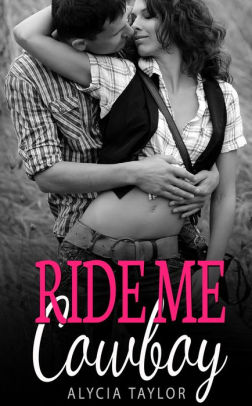 Share:
From Book 1: Lexi, a 21 year old pretty brunette with a good head on her shoulders but a suitcase full of regrets from the past heads to the country to spend a couple of months with her mother and her new husband on the ranch that he owns. She’s a city girl at heart. She’s always been a city girl. As she gets closer to her destination she begins to wonder why her mother would choose to live in the virtual wilderness and regret her decision to spend the summer there instead of on the beach. That is, until she comes face to face with the hottest cowboy she’s ever seen.

Mark is country all the way through. He’s also an up and coming young bull rider trying to break in on the PBR circuit. He has a big heart, a great sense of humor and skills in the arena that are going to taking him straight to the top. Except for the underlying issues he has with his father who doesn’t approve of his lifestyle, Mark loves his life and can’t imagine why anyone wouldn't want the country life. The city held nothing he needed…or so he thought, until he laid eyes on Lexi.

The hot cowboy and the beautiful city girl are hit with a startling truth before either of them is able to examine their feelings. Will this startling truth keep them apart?