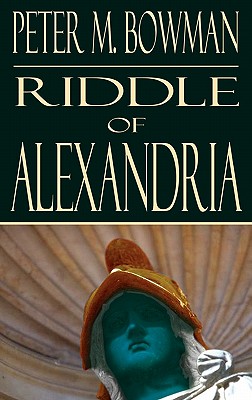 Citizens of the Solar Alliance thought their lives couldn't get more interesting and unsettling after experiencing the Marauder War, the Slaver War, and the invasion by the semi-civilized Rigelian Confederacy. Gideon Warner proved them wrong when he announced the opening of his doorway to the past. With the blessing of the President and the Solar Council Dr. Warner organized Time Control to recover lost history and protect the continuum. Time Control has one inflexible rule: only Temporal Historians and authorized guests pass through the Time Door. Temporal Historian Levi Thurman had studied and recorded many ancient civilizations during his distinguished sixteen-year career. Neither he nor the Time Council ever dreamed that he would find documentary evidence of the existence of Atlantis in the first Library of Alexandria in Egypt. Levi received the honor of leading the first historical team to Atlantis. Levi and fellow historian Lisa Stern found unexpected exciting opportunities in their assignment. For the first time ever the Time Council has waived the Non-Interaction Directive. Levi is less enthusiastic about Warner's unexplained inclusion of Earthfleet soldiers and a Special Representative from the Telmierian Empire on the Atlantis team. Although the Empire is the Alliance's best galactic friend and ally, the Time Door makes the Telmierians very nervous. Their mutual enemy, the Rigelian Confederacy, sees the Time Door as an unendurable threat to its survival. Shortly after arriving in the Atlantean capital of Aurelin the team makes a shocking discovery. A group of Telmierians has somehow traveled to Atlantis. They have set themselves up as rulers over the Atlanteans. Levi and Lisa have eighty-five days to learn how the Telmierians got to Atlantis and what their purpose is-if they can.
Reviews from Goodreads.com