Ribbons in the Wind — Margaret Brownley 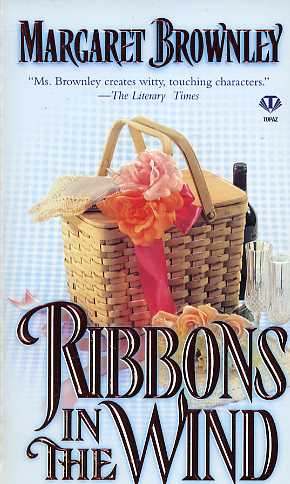 Share:
SHE THINGS SHE'S IN THE DRIVER'S SEAT
Elizabeth Davenport is vowing to do what no other woman ever did -- win the cross-country race in a new fangled Model T. Petite but feisty, she has a steel will that makes up for her lack of driving skills. She's determined to win the prize money so that she can finally open her orphans' home. And nothing is going to stop her -- not the hot-tempered, backseat driver of a mechanic she has hired to ride with her. And certainly not his romantic overtures!

BUT HE'S DOING THE STEERING
Jimmy Hunter, a wizard with engines, has little interest in the great automobile race until this wild-eyed beauty mistakes him for someone else and kidnaps him! Now he's in for the ride of his life. There are secrets between them that threaten a breakdown ... but their hearts are racing like the wind, zipping them over pitfalls and roadblocks. It's a grand adventure the two of them are having over a bumpy territory called love....