Revolt Of The Dead — Keith Gouveia 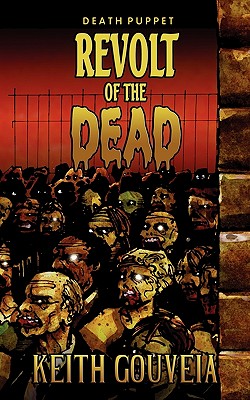 Share:
Two friends. An ancient book. One heck of a problem. Best buds Barry and Shawn hate going to school. Well, that's not exactly true. They go, but it isn't the most pleasant place to be, especially when Mitch Johnson makes a fool of Shawn in front of everyone. After stumbling upon an ancient spell book hidden in the school library, Shawn and Barry decide to play a prank on those at the beautiful Belinda's Halloween party, a party Mitch will be at with his jerk friends. First stop: the local cemetery. Except something goes wrong and instead of raising just one or two of the dead, the entire cemetery bursts to life and masses of living corpses go to work feeding on the living. Including Shawn. Heartbroken, confused and scared, Barry tries to escape the dead's clutches as life as he knows it falls apart all around him, leading him on a journey across Florida and into a battle bigger than anything he'd ever imagined or thought possible.