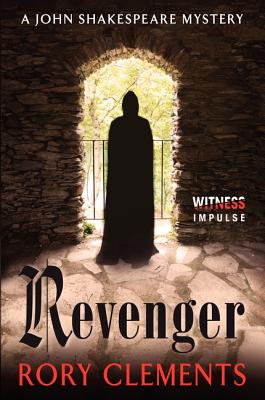 
In his critically acclaimed debut thriller, Martyr, Rory Clements introduced readers to the unforgettable John Shakespeare, chief intelligencer to Queen Elizabeth I and older brother to Will.

Now, five years later, the Queen needs Shakespeare's services once more. Not only is England still at war with Spain, but her court is riven by savage infighting among ambitious young courtiers.

Shakespeare is summoned by Elizabeth's cold but deadly Privy Councillor Sir Robert Cecil and ordered to undertake two linked missions: to investigate the mystery of the doomed Roanoke colony in North America -- Sir Walter Ralegh's folly -- and to spy on Cecil's rival, the dashing Earl of Essex.

Essex is the brightest star in the firmament, the Queen's favorite. But when Shakespeare enters Essex's dissolute world, he discovers not only that the Queen herself is in danger, but that he and his family are also targets. With a plague devastating the country, Catholics facing persecution and martyrdom at the hands of an infamous torturer, and John's own wife, Catherine, possibly protecting a priest -- Shakespeare has his own survival to secure, as well as that of his fading but still feisty Queen.

Filled with the flavor and facts of a tumultuous time in English history, Revenger is a stunning novel of savage rivalries and reprisals from an author swiftly becoming a known master of historical suspense.