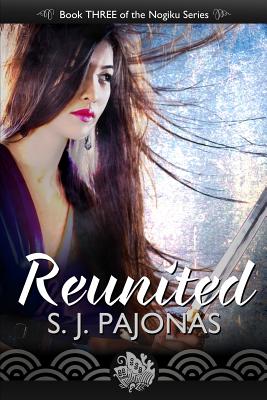 
Yusei has surprises for Sanaa Itami. The long trip across the stars ends with Mark Sakai delivering bad news from orbit over their new home, and there’s no turning back or moving on. Despite all their misgivings, this is where they will have to stay. Sanaa, Jiro, and the rest of Earth’s settlers move into a coastal town and stick to their plans to live the colonization life they dreamed of. But Sanaa’s existence won’t be kept secret from her enemies for long. Kazuo promised he would see her in another life, on another world, and he aims to keep his word. Now she will face those who want their revenge and make new enemies while dispensing with old ones on her journey across the fascinating and unfamiliar landscape of Yusei. REUNITED, Book THREE of the Nogiku Series, is the third book in a captivating post-apocalyptic romance series that harnesses the cultures and traditions of Japan and sweeps them into the future between Earth and a faraway land.