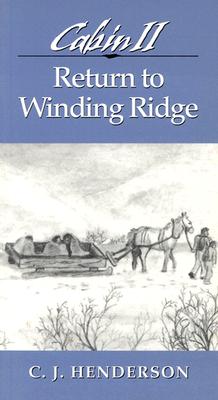 After being brought up in poverty on the mountains above Winding Ridge, Patty is living an unaccustomed life of comfort and prosperity in Tuesday‘s suburban home, but she cannot completely relax, aware as she is of the looming menace of Jacob McCallister. Her haunting dreams foretell the fulfillment of his threat to hold Tuesday and her once again under his total control. The echo of his warning hangs over their everyday lives. The stress of living under the cloud of being taken back to the remote mountain cabin gives fodder to Patty‘s dreams, and her night screams keep Tuesday in constant dread. Patty‘s enjoyment of her time with Tuesday is short lived. On a quiet night, McCallister steals into their home and brings life as they know it to an end. Knowing that Detective Cliff Moran could lead the authorities straight to his mountain home, McCallister enlists Aunt Aggie as an accomplice and takes his little, unwilling family to a place called Broad Run, where Patty will meet her destiny. Neither Moran nor the authorities would associate Broad Run with McCallister, who keeps his women and children in a remote cabin nestled above the small town of Winding Ridge, while he has been spending most of his time living comfortably in a modern home, indulging himself with the large sums of money he has gleaned from the diabolical use of his family. As the story unfolds, Patty and Tuesday are reunited with Annabelle, Rose, Daisy, Joe, Sara, and Aunt Aggie—the much –loved characters who continue to keep the readers of The Cabin Series clamoring for the next exciting installment.
Reviews from Goodreads.com