Return to the Scene — Q. Patrick 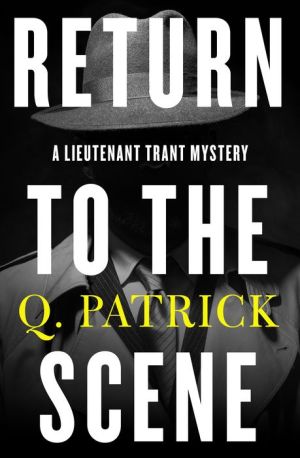 
A woman’s hateful ex is murdered in Bermuda, in this mystery by the Edgar Award–winning author who wrote the Peter Duluth Mysteries as Patrick Quentin.

After three years away, Kay Winyard must return to Bermuda to stop her young niece from wedding wealthy Ivor Drake. Her family sees the marriage as a boon to their sagging fortunes. But Kay knows his true nature from her own dalliance with the man. After she left him, he married another woman—whom he abused, tormented, and drove to suicide out of pure malice.

Before Kay can convince her family of the truth, Ivor ends up dead from suspicious causes. Apparently, Kay was not alone in her feelings toward the man. But just because the victim was despised doesn’t mean the killer can simply get away with it . . .