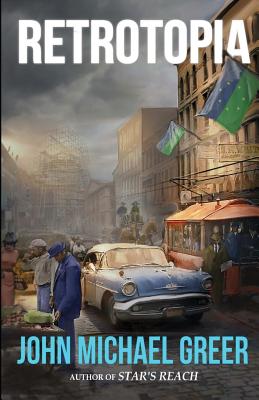 Share:
FORWARD TO THE PAST The year is 2065. Decades ago, the United States of America fell apart after four brutal years of civil war, and the fragments coalesced into new nations divided by economic and political rivalries. Most of the post-US America is wracked by poverty and civil strife, with high-tech skyscrapers rising above crowded, starving slums—but one of the new nations, the Lakeland Republic of the upper Midwest, has gone its own way, isolated from the rest by closed frontiers and trade embargoes. Now Peter Carr, an emissary from the newly elected administration in the Atlantic Republic, boards a train to cross the recently reopened border into Lakeland territory on a mission that could decide the fate of his nation. Ahead of him lies a cascade of experiences that will challenge his most basic assumptions about economics, politics, and the direction history is moving. Alone among the post-USA republics of North America, the Lakeland Republic has achieved prosperity and internal peace, and it’s done so by modeling its future… …on the past.