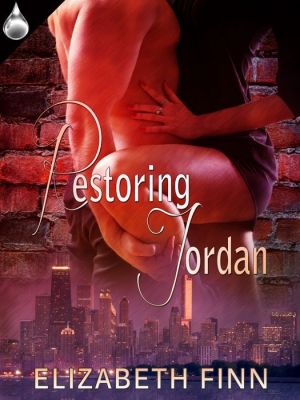 Share:
When Adeline celebrates landing a coveted interior design internship by indulging in a handsome mystery man, she gets more than she bargained for. Stumbling into a boardroom on her first day, she finds herself face to face with Mr. Mystery Man himself, Jordan, and he is none too happy to see her. When Adeline Parker decides to celebrate landing a coveted internship at one of Chicago's most prestigious architectural firms by indulging in a brutally dark and handsome man, she gets more than she bargained for. Lost in a maze of hallways on the first day of her new position, she stumbles headlong into a boardroom of suits. Very expensive suits. They are the somebodies of this prestigious firm, and she is, by all accounts, the very definition of a nobody. And sitting at the table with the rest of the principals from the firm is a manthe very man who unwittingly deflowered her only days before. From the look of it, Jordan Ellinwood is none too happy to see her again; by his own admission, he's a one-night-stand man, and the fact she conned him into taking her virginity isn't sitting well with him either. But as her path is inextricably attached to his, their closeness will no longer be a choice. As an intern, she's off-limits, and that says nothing of the fact he's twelve years older than she is. But when coworkers bent on jealousy and resentment threaten her reputation and internship, the long-dormant emotions Jordan has so effectively stifled fight to break free. And as he struggles to get out of his own way long enough to let her see his compassion, her career is jeopardized and leaves him fighting with every last ounce of himself to save her. Will it be enough? Can he overcome his emotional shortcomings in time to rescue her future and his ownnow so very attached to hers?