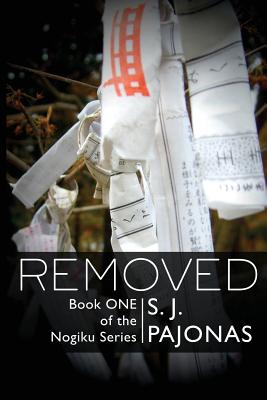 
The year is 3103, and the Earth is dying. One of the last remaining pockets of survivors are preparing for the inevitable future --  they either find a way off the planet or be left behind to die.

Sanaa Griffin is ripped from the job she always loved and reassigned to work for the mysterious Mark Sakai. Her task: spy on the corrupt leaders of the city who are playing politics and pulling strings in the hopes of earning a ticket on the next ship leaving a planet now in its final death throes. War looms on the horizon, and Sanaa must help Sakai determine the key players and their weak spots before it's too late.

Mark Sakai has many plans for Sanaa that will take her into a web of lies and danger. With the help of Jiro, a man who teaches her self defense while stealing her heart, Sanaa realizes Mark Sakai is holding back important truths about her life, her job, and her family. Learning the truth may put all of humanity in jeopardy as the great exodus from Earth begins.

REMOVED is the first book in a captivating post-apocalyptic series that harnesses the cultures and traditions of Japan and sweeps them into the future between Earth and a faraway land.