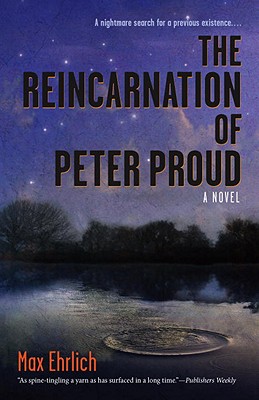 Share:
Plagued by nightmares of his own death, a California professor puzzles out the riddle of his dreams in this classic spine-tingler about past livesDr. Peter Proud’s ordinary life as a professor is threatened by recurrent dreams that all end the same way: with his murder in a lake by a mysterious woman named Marcia. These dreams—which he comes to believe may be flashbacks from a previous life—become so disturbing that he seeks answers from a sleep researcher, a clairvoyant, and an expert in psychic phenomena in order to recover his past. But he soon discovers a new dimension to his dilemma while watching a television show called America, Past and Present—and realizes the show is set in the town in his dreams. He travels to Springfield, Massachusetts, where he comes face to face with the woman from his nightmares. The woman, Marcia Curtis, is shocked to find that Peter's personality traits and characteristics closely mirror those of her dead husband, Jeff. Tensions escalate when Peter, having inserted himself into the Curtis' lives, falls in love with Marcia's daughter. Will a second tragedy occur just as Peter is about the unravel the mystery behind his dreams? First published in 1973, this classic suspense novel expertly interweaves themes of life after death, romance, tragedy, and altered consciousness into one unforgettable tale.