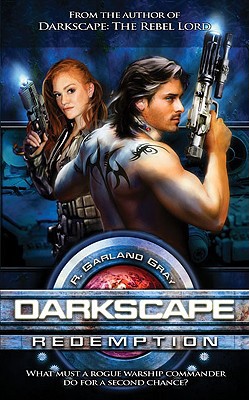 
In this second book of the Darkscape series, Declan de Douglas has come to Planet Forest to negotiate a trade agreement with Clan MacKendrick during a time of precarious peace. It's 3211, and Ancient Earth is a distant memory. As a child on Planet Mars, he learned that knowledge means preventative clout, but no education acquired in the Braemar Keep of Clan Douglas could prepare him for the peril that awaits him on this mission.

Princess Fallon MacKendrick is drawn to the Douglas “Savage” from the day he enters the MacKendrick Castle Keep. Her betrothal contract prohibits her from pursuing Declan, a member of an untrustworthy clan, but he stirs her like no other. When he is kidnapped, collared, and sold to a space-age brothel to provide stud service, Fallon infiltrates this high-tech prostitution ring to rescue the haunted man who touched her heart.

Destined to be her lover, Declan is at the mercy of a woman who loves not only his body but his spirit. A product of DNA synthesis, his days are numbered unless his soul accepts the altered state of his physical makeup. Princess Fallon holds his life in her hands, the only woman with the power to save him from his captors . . . and himself.