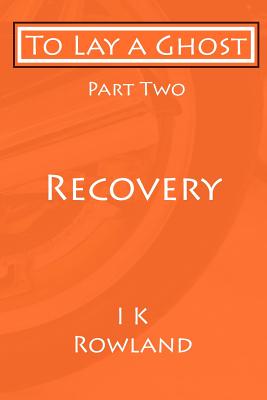 
In Part One - Trigger Motorcyclist Stephen Paterson has witnessed a fatal road traffic accident in which a motorcyclist is seriously injured. At the scene he meets four friends of the injured man and subsequently offers them hospitality in his home. There two of the four friends tell him of their background, of their group of friends, from which Stephen learns they are all gay. They all learn that the injured motorcyclist, Chaz, is likely to be hospitalised for at least three, possibly, four months because of his injuries. In Part Two - Recovery Stephen not only continues to offer hospitality, but also extends it to include a good dozen or so of Chaz's immediate circle of friends. A close friend of Stephen's, police sergeant John Porter, is uneasy about Stephen's generosity and cautions him accordingly. However, as John meets more and more of Chaz's friends, he slowly finds himself agreeing with Stephen. John's observation also leads him to reveal something very private about himself, which astonishes Stephen: John, too, is not only gay but has met somebody. Stephen steadfastly refuses to join in with the group's motorcycle runs and declines their invitations to ride over to their home town to meet them in their local pub. He, however, introduces all of them to his own local pub landlady Mary and her husband Tom, who make them all welcome. An inquest into the dead motorist is held which does not prove to be so straightforward as it should have been. The evidence reveals a connection with an international gang of drug smugglers, a driver who may have worked for the employers of Rusty, Chaz's closest friend. Over the weeks a firm friendship develops between Stephen and Chaz's friends, although he doesn't visit Chaz himself. Stephen does eventually accept an invitation to stay with Rusty one week end, during the course of which he visits the studios of a television producer, Craig, who is another of Chaz's friends. At the studio he is able to help Craig when a computer programme fails. Subsequently he returns to make the temporary software repair permanent. A few weeks later Stephen once again stays at Rusty's apartment and, during a subsequent visit to a pub, makes a comment which horrifies Rusty.