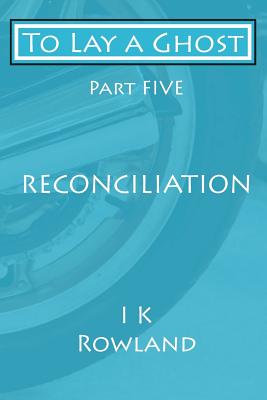 
Rusty's trip south is a success. After conclusion of the business element he remains down south for the rest of the week to try and discover more of Stephen's background. What he finds is horrifying and harrowing, so much so he has difficulty in believing what he hears. What he does hear, however, is a very firm contradiction of what Stephen had told him; that he, Stephen, killed the people who loved him and that the police had told him so. Rusty investigates further and eventually uncovers what he believes is the answer to the riddle. He then faces the dilemma of how to tell Stephen what he has discovered. On his return Rusty takes a leaf out of Stephen's book when Stephen compelled David to face up to Chaz's accident on the night it had happened. Stephen at first listens calmly but as Rusty's account draws to its end he attacks Rusty with devastating effect. Oz and John are present at the time; John phones for a doctor while Oz helps Rusty. David and Chaz try to calm Stephen. Some days later Stephen drives Chaz up into the hills to Chaz's secluded spot. While there they are overtaken by a severe storm, which they sit through in the car. On the return trip down from the spot Stephen is suddenly terrified by the reflection of the car's headlights in a glass window pane and collapses. He recovers consciousness to tell Chaz he can remember everything that happened on the fatal night seven years earlier. Chaz drives Stephen directly to Rusty's apartment, where they find all their friends in attendance. They listen in horror as Stephen tells his story. They stay overnight with Rusty and David and the following morning are escorted back to Heckford by John and Oz. Chaz realises that this is only the beginning of anew nightmare for Stephen and that Stephen will have to return to his birthplace. Rusty agrees that both he and Chaz would accompany Stephen. Rusty has to go south a couple of weeks later on another business trip which provides the opportunity Stephen is looking for. In the meantime, Chaz has written replies to letters from various people in Stephen's home town, as a result of which he receives a telephone call from one couple who are very close to Stephen. Chaz later tells Stephen about the letters which prompts Stephen to write his own. One is addressed to the vicar, who Stephen asks to arrange a special service. Stephen is well received in his home town and is able to carry out what he has planned, including visiting the parents of the young man who had been declared guilty of the horror which Rusty had discovered. The visit is brought to a successful conclusion on the Sunday with a church service attended by the entire village.