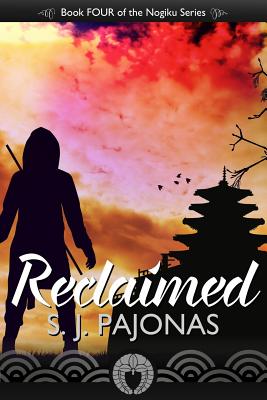 
On the road and gaining ground against Fujiwara, Sanaa and her team find the local population hesitant to accept them. Charm and bribes can only get the colonists so far, and no matter what Sanaa does, she is not welcomed amongst the men and women of Yusei. When Sanaa is denied help again, she reaches out to a Northern clan, the Odas, and bargains for a secret technology that will give her an incredible advantage but comes at a steep price. Being on the road means leaving Yamato undefended, though, and when enemies strike, they leave everything in chaos. With Sanaa and Jiro sacrificing all their time and effort to keeping their home secure, they both must give up nearly everything to save the colonization, their future together, and reclaim Yusei for its people. Family lines collide, secrets are finally spoken, and the freedom of Yusei is in the hands of one woman determined to find equality and justice for everyone on the planet. RECLAIMED, Book FOUR of the Nogiku Series, is the FINAL book in a captivating post-apocalyptic romance series that harnesses the cultures and traditions of Japan and sweeps them into the future between Earth and a faraway land.