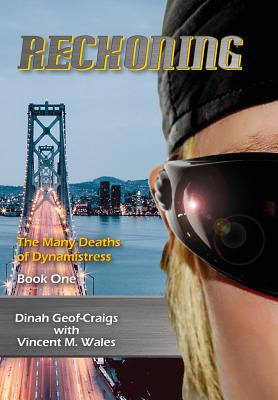 There is much disagreement about when super-powered metahumans began to appear. Most scientists believe the first births were in the '40s, perhaps the '30s, although there is a small (but vocal) minority claiming they have always been among us. More than anything else, young Dinah Geof-Craigs wanted to be one of them, to be famous, to be on the cover of Supers magazine. But puberty came and went without the meta-mutation that would imbue her with superhuman abilities. Mother Nature had cheated her of what she deserved. And that would simply not do.

In Reckoning - the first volume of a trilogy about the metahuman known as Dynamistress - award-winning author Vincent M. Wales (Wish You Were Here, One Nation Under God) gives us the memoir of the world's first self-made metahuman. But it is less a story of becoming a superhero than it is the story of a flawed woman becoming whole.
Reviews from Goodreads.com