Reasons of the Heart — Susan Napier 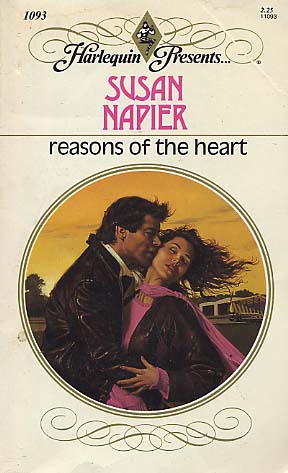 The one place in New Zealand for her to contemplate the drastic changes she was planning in her life. But Francesca Lewis found it already occupied. Ross Tarrant, an uncomfortable reminder of her naive adolescent days, was firmly and legitimately ensconced.

She had outgrown the embarrassing memories but had never forgotten him, and found he still left her light-headed and breathless.

Ross saw Francesca as a challenge, the old chemistry between them still strong. Yet beneath the mature, successful facade, he exposed the same insecure, vulnerable girl shed once been.