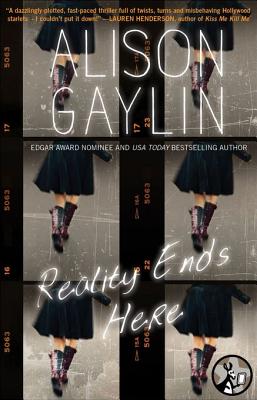 From the Edgar-nominated author of Into the Dark comes the riveting and witty story of a teenage girl caught between her image-obsessed family -- stars of a hit reality show about her sextuplet siblings -- and the long-buried truth about her biological father.

With a major crush on an adorable pop star, annoying younger siblings, and a mom and stepdad who are too strict, Estella Blanchard is a typical teenage girl -- except that her daily struggles are plotlines on the reality show Seven Is Heaven, which relentlessly documents her life as the older half-sister of sextuplets. Estella's an Oscar-worthy actress at hiding her true feelings from the camera.

However, she can't outrun the spotlight when she receives a Christmas present from her biological father...who died ten years ago under mysterious circumstances. Blamed for this “sick prank,” Estella is placed in an unorthodox support group for troubled child stars -- including a twenty-three-year-old has-been, a backstabbing drama queen, and a super-cute (but very off-limits) boy bander. And, as weird as the group is, when a creepy paparazzo starts stalking her, claiming that her dad is actually alive, Estella's going to need their help to uncover the truth and stay alive.