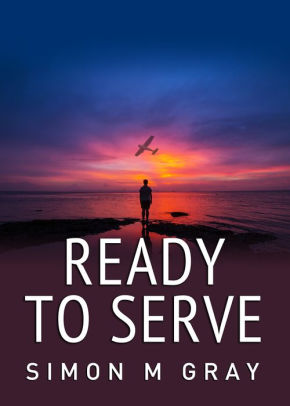 Share:
MIKE HUNTLEY’s famous brother CRAIG is captured reporting for UK’s Channel 9 on a fundamentalist led insurgency in Central America. Previous hostages have been beheaded. Mike’s father is disgusted when Mike fails to participate in The Craig Rescue Program, a live broadcast by Channel 9 led by an ambitious Reality TV presenter and tacitly supported by the British Government, hoping to win public hearts and minds before putting troops on the ground.The crisis deepens. The insurgents gain more territory through well-planned attacks led by MOHAMMED RAFEY, a successful ex French soldier, a Muslim, ruthless and angry at the atrocities committed by the West. He considers himself the Mahdi.The Craig Rescue Program gains popularity but Mike learns there is no plan in place to evacuate Craig. Spurred on by his love for his brother, to be exonerated by his father, Mike looks for an answer and fate, via his flying instructor, hands him a way of getting out to Central America. Mike flies to Leimus, the safest town nearest the action.Channel 9 has chartered a boat to get the ‘program’ to Leimus. The boat is owned by an attractive woman LEAH FASH, her business dreams in tatters; she has taken the charter to keep the boat afloat and her loyal crew paid. She also delivers BRENT WINTERTON, leader of a failed SAS operation to take out Rafey. Betrayed and determined to seek revenge for the loss of his men, Winterton arrives in Leimus with a one man plan of enticing Rafey out into the open to be killed.Winterton sees potential in Mike and enfolds him into his plans. The horror of killing or be killed challenges Mike throughout his pursuit of Craig’s release and when he finally succeeds, his joy is dampened as he discovers Craig is nothing but a weak, glory seeking individual.Mike is attracted to Leah, although she remains aloof until one of her crew is killed in the fighting. Then Mike’s concern and growing love cannot be ignored and when Mike demonstrates his final act of courage, by helping to fly a fighter plane that single handily defeats the insurgents advance, she allows herself to fall in love with him.Leimus hails Mike a hero. Winterton kills Rafey in a last minute act, saving the lives of Mike and Leah. He salutes Mike as a friend and fellow soldier, an accolade that fills Mike with pride. Mike leaves with Leah on her boat to the Caribbean. Their happiness unaffected by something that has been there throughout, gaining prominence on each news bulletin. The spread of a new disease, a mutation of Ebola, a deadlier airborne variant, dubbed Airbola by the media.