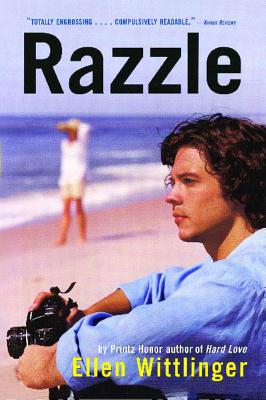 
One summer can change everything . . . Kenyon Baker is not happy about moving to Cape Cod halfway through high school, but his parents have decided to retire there to run a summer cottage colony. At least they'll let him have his own darkroom, provided he helps prepare the colony for guests. The early hours and hard work compound Ken's unhappiness, but just when he thinks he'll never make it through the summer, he meets Razzle Penney. Skinny, buzz-cut Razzle isn't afraid to act differently from everyone else, and she simultaneously becomes Ken's friend and his muse, as he takes a series of inspiring photos of her. However, Razzle also introduces Ken to beautiful, aggressive Harley, causing a rift in their friendship. Just when it seems things can't get more complicated, Razzle's mother breezes into town, and Razzle learns more about her past than she wants to know . . .