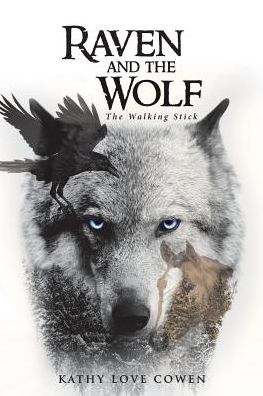 Share:
Racing toward the plume of smoke rising from the valley, Chewahnih Walkingstick, a Cherokee maiden of 20 summers, slid to a stop at the edge of the bluff overlooking her village. The raid was over; the last of the renegades whipped the tribe's herd of horses into a stampede and disappeared. Her entire family had been killed or kidnapped. The settlement below her lay engulfed in flames. Without shelter, stored food, and warm buffalo robes, Chewahnih knew she could not survive the brutal winter snows in the Oklahoma Indian Territory. I will follow the river south. It will lead me to the land with no snow. The shaman had called Chewahnih a "gifted sensitive." More comfortable with animals than humans, she seemed to be able to read their thoughts and become friends with tame and feral alike. As she rinsed her hair, a blue-eyed raven flitted from limb to limb to catch her attention. Are you the spirit of my mother? Each day the mother raven guided her through the wilderness. Within a few days' time, Chewahnih felt the presence of her father. He had taught her so much and lived deep within her heart. If that is you, father, show yourself. I need your courage more than ever before. I am beginning to weaken. My heart is broken and lonely. Icy blue eyes glowed in the darkness on the far side of her campfire. Slowly an enormous gray wolf emerged and moved closer. Chewahnih felt no fear, only love. Her hand trembled as she stretched it toward his massive head. He placed a fat rabbit at her feet. Father-is that really you? With Raven to guide her and Wolf to protect her, Chewahnih's strength was renewed. She reached the Red River Valley, and felt safe once more-until Wolf's growl warned her... "This engaging, mystical novel is part adventure story, part love story, but most of all, it's a tribute to the strength of Cherokee character and culture.... A charming, deftly crafted narrative propelled by strong characters." -Kirkus Review