Rapunzel, the One With All the Hair — Wendy Mass 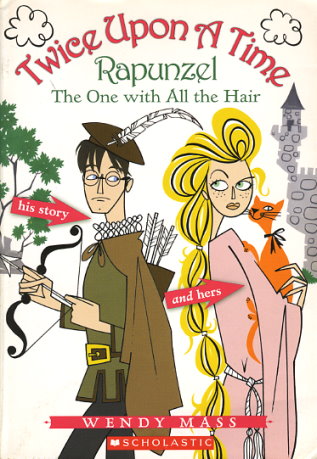 Rapunzel is having the ultimate bad day. She's been stolen from home by an evil witch, locked in an incredibly high tower, and doesn't even have a decent brush for her hair.

Prince Benjamin is in a pretty uncomfortable situation himself. His father wants him to be more kingly, his mother wants him to never leave her sight, and his cousin wants to get him into as much trouble as possible. Plus, there's the little matter of prearranged marriages. . .

Both Rapunzel and Prince Benjamin are trapped -- in very different ways. It's only when their paths cross that things really start to change.
Reviews from Goodreads.com