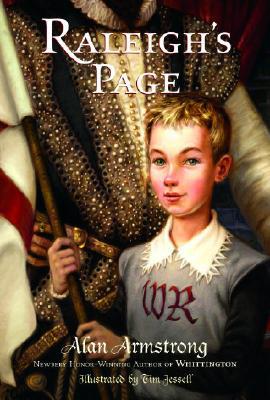 
ANDREW HAS grown up near the Plymouth docks hearing the sailors talk about America. Knowing that Andrew's heart is set on going to the new world, his father sends him up to London to serve as page in the house of Walter Raleigh. In Queen Elizabeth's court, Raleigh's the strongest voice in favor of fighting with Spain for a position in the New World, and everyone knows that it's just a matter of time before Her Majesty agrees to an expedition. Can Andrew prove himself fit to go on an expedition to the New World?

Meticulously researched and brilliantly crafted, combining fictional characters with historical, Andrew's tale offers up a vivid look at the cloakand- dagger politics of the time and a genuine feel for what it must have been like for the first Europeans to set foot on the beautiful, bountiful, savage shores of America.